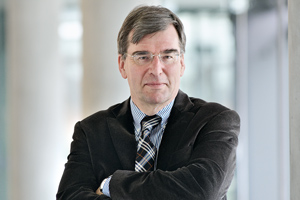 Andreas Falke was born in 1952. He studied social sciences and American studies in Göttingen, Miami, USA, and St. Louis, USA. He completed his doctoral degree and habilitation in political science at the University of Göttingen. Professor Falke has spent time conducting research in the USA as a Thyssen fellow at the Library of Congress, a visiting fellow at the Brookings Institution (Washington D.C.) and a Kennedy memorial fellow at Harvard University. He was a principal economic specialist at the American embassy in Bonn and Berlin from 1992 to 2002.

His research priorities are American politics and economy, trade and environmental policy in the USA, transatlantic economic relations, and the relationships between the USA and the BRIC countries, particularly China and India.