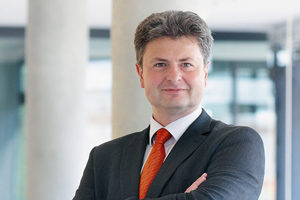 Chair of IT Management

Michael Amberg studied computer science at RWTH Aachen University and Friedrich-Alexander-Universität Erlangen-Nürnberg (FAU) and completed his Diplom in 1989. From 1989 to 1999, he worked as a research fellow at the University of Bamberg, where he obtained his doctoral degree and subsequently completed his habilitation in 1999. From 1999 to 2001, he was professor of information systems at RWTH Aachen University. He has been Chair of IT Management at FAU since 2001.

Between September 2007 and August 2012, Professor Amberg alternately held the positions of speaker of the School of Business and Economics, and vice dean and dean of the Faculty of Business, Economics, and Law.